A diversion into the world of the Jody Grind,  an indescribably great Atlanta band who incorporated a wide range of out-of-vouge pop styles for their debut album and synthesized them into a true American original blend on their 2nd, then were struck by tragedy as half the band died in a car crash.  Kelly Hogan has gone on to do work with various Bloodshot label artists and has released some solo records.  An old friend of mine did a great retrospective series of Facebook posts on them, so here's a gift right back atcha, Tony. 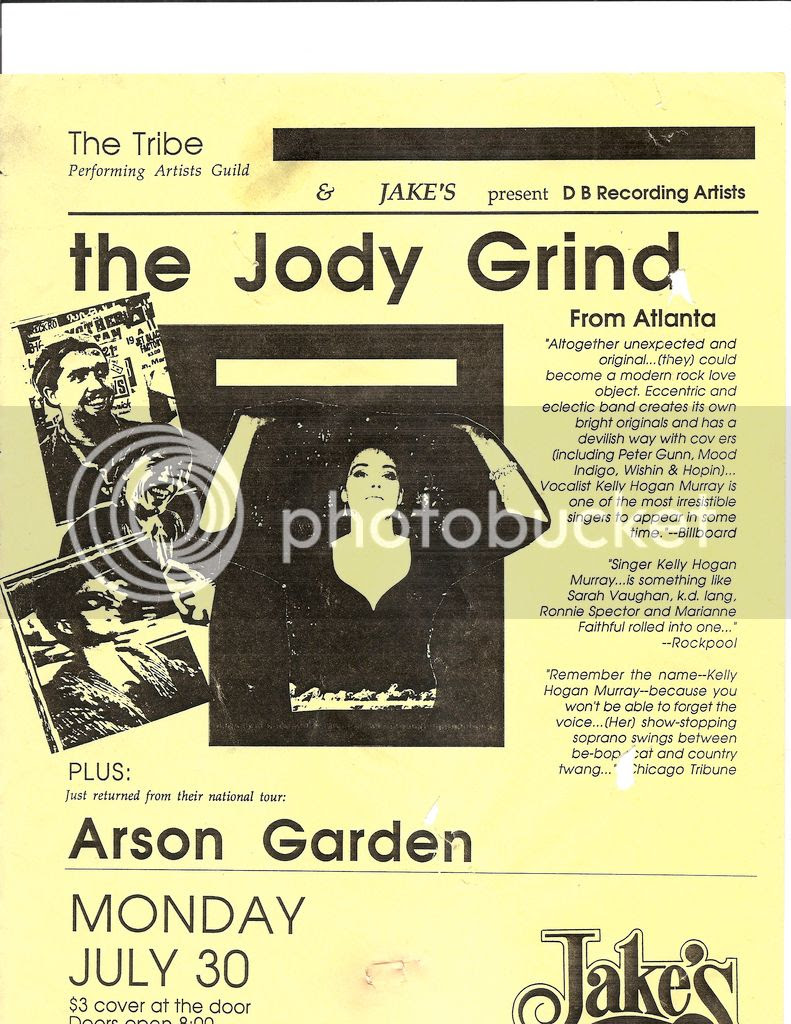