I've had this rip sitting in my projects folder for a few years now. I was afraid to really get into it because I knew it would be a discography/tracking nightmare, and I was right. But this history must be heard!

Fans of early 90's lo-fi may have fond memories of the Wingtip Sloat crew, who were one of the first (if not the first) bands on the VHF label. Shredding in a manner quite similar to the Pavement and GBV records of the time, but with a bit more instrumental meandering, screamy walls of static, and other experimental moves.

Empty Box were the pre-Sloat incarnation, and we also have here their only release that I know of aside from a Bananafish comp track. Not on Discogs. "A Blow To The Head 1986-89" is the cassette title, but the tracks don't match up - I've made my best estimate and left off the last two titles ("Mouthcramp" and "Cranes", for the curious). Much more sedate & normal than the Sloat boys, with added tape warble.

The tracking on the debut Wingtip Sloat release "User Friendly Bowl Wrapper" is even worse, as was noted on the dubbed copy I received back in '91 - there are a LOT more songs than titles. Using their cover of The Clean as a benchmark, I have titled the last eight tracks according to the Discogs entry, your guess is as good as mine for the earlier ones.

I think it would be really cool if VHF could release these and the other two Sloat tapes someday. Any casual fan of that brash, hissy early 90's aesthetic should give 'em a listen.

A Blow To The Head

A little thank you to places like Rootblog for putting up so many of these lovely Mississippi Records cassette mixes. Some seriously rockin' gospel heaven for ya. This one is unusual in that it focuses on a single artist. 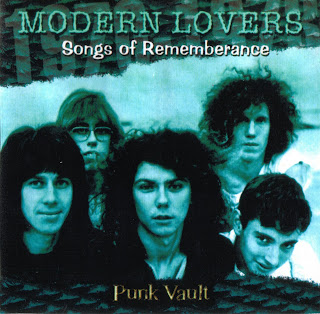 great overview of the early 70's.

1-4 jonathan richman's first demos 1970
according to http://www.modernlovers.com/ the following songs
were also recorded at this session (in boston, sometimes referred
to as the harvard square demos) but have yet to surface.
* cosmic plane of the arcane
* she's taking the pill for me
* sunshine your eyes
* someone i care about

5-7 modern lovers first session, boston ma 1971 (not 1972 as listed on the sleeve).
sessions held at intermedia sound in boston.
"ride the highway" was evidently recorded as well.

6-8 demos with john cale, spring 1972
march or april 1972, demos for warner bros at whitney studios in la.
evidently a further version of roadrunner was recorded.

10-12 aborted album sessions with john cale, autumn 1973
september (?) 1973 sessions for warner bros at elektra studios, la.
according again to http://www.modernlovers.com/ these tracks
were not the cale album session versions but earlier versions
from a kim fowley session (10 & 11) at dinky dawsons studios
in june 1972 and an august 1973 session also with kim fowley
at gold star studios in la.

Another great soundboard recording that hasn't been released.

It was fantastic! The whole thing took place in a volcano (extinct, at least during the concert). You had to leave your car on the nearby road, and climb into a bus which carried you a few hundred meters through deeply fissured lava fields. Through a wide gap in the crater wall you reached a plain ground covered with black gravel. In the center they had installed their gear, only separated from the audience (1700 people) by a knee-high fence. The audience space was surrounded by a number of speakers. Everybody was sitting on the ground (you were given a cushion plus a paper bag for your rubbish plus a small cardboard ashtray when entering the crater).


LANZAROTE
Posted by ShardsOfBeauty at 9:30 AM 2 comments:

Cool collaboration that hasn't seen the official light of day yet. From the notes:

an audience recording of the ENO/Schwalm/Czukey concert 'Sushi! Roti! Reibekuchen!' (which took place at the same venue on 27th August 1998 and was Eno's first live concert after 15 years).

Sushi Roti Reibekuchen
Posted by ShardsOfBeauty at 6:34 AM No comments:

About ten years ago I was really obsessed with this music, so I have most of the releases up to 2005 or so. I made this comp for a friend of mine and I think it provides a pretty good overview of the man's styles. You can go to Discogs if you want to find out what record a track is from originally, maybe it'll even be in print!

MG BEST OF
Posted by ShardsOfBeauty at 4:35 PM 2 comments:

A co-presentation with the Doom And Gloom From The Tomb blog, this is the FLAC version. You may think it's silly to have a show of such low quality in lossless, but wait until you hear the two unreleased songs! You'll be glad for those extra lo-fi muances. 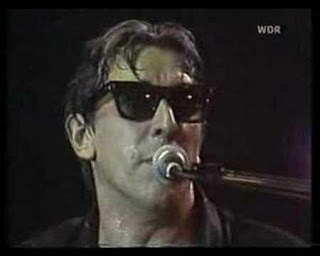